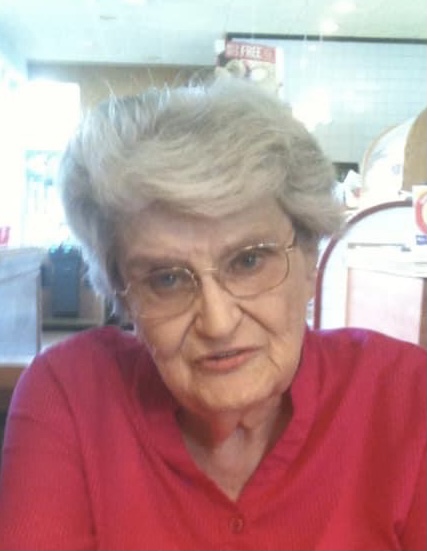 Gaye was born August 19, 1931 in Beaver Falls, PA to the late George L. and Elva D. (Copeman) Lutton. On August 4, 1950 she married Harry E. Jordan of New Castle, PA. Following 59 years of marriage, Harry passed away on January 5, 2010. After graduation from the Beaver Falls High School in 1948, Gaye attended Grove City College and Ohio Wesleyan College. She returned to the classroom as a non-traditional student after her children were older and graduated from Geneva College in 1968.

The family moved to Titusville, PA in 1969 at which time she soon accepted a position with the PA Department of Public Welfare. After a long and successful career she retired in 1991 as a Casework Supervisor. She was at her best when helping people in whatever way possible. Many time’s in later years she was sought out and thanked by those to whom she provided assistance and support during their darkest times.

Following retirement Gaye had much more time to travel year-round with Harry with their 5th wheel, play duplicate bridge, and delve deeper into tracing the family genealogy through visits to libraries, cemeteries, and churches for research. Many summers they took their grandsons on their travels.

Both Gaye and Harry were volunteers with the American Red Cross Disaster Response Teams. They spent months assisting in Homestead FL following the aftermath of Hurricane Andrew. Other disasters causing devastation (floods, tsunamis, tropical storms, hurricanes) took them all over the USA, Puerto Rico, and the South Pacific thru the 1990’s and early 2000’s to assist.

Gaynelle is survived by her children; Robyn J. Sye of Titusville, PA, John H..Jordan of Wilmington, NC with whom she resided, and J.Dean Jordan and wife Traci of Nichols, SC

In addition to her husband and parents, Gaye was preceded in death by her siblings John G. Lutton and Edith Jane (Lutton) Parker along with a dearly beloved uncle and aunt, John W. and Vera (Dick) Copeman.

Arrangements are in the care of Costal Cremations, Wilmington, NC

Interment will be at Grandview Cemetery, Beaver Falls, PA